On June 23, 2021, Event 38 Event 38 Unmanned Systems Inc. successfully tested the first flight of unmanned aerial systems (UAS) E450 at the Event 38 field in Richfield, Ohio under the Federal Aviation Administration’s Part 107 flight rules. The flight was 20 minutes in duration and completed the objective of determining the best endurance cruise speed. The Ohio Federal Research Network (OFRN), administered by Parallax Advanced Research on behalf of the Ohio Department of Higher Education, supported the development of the UAS E450 by facilitating the academic-industry-government collaboration that innovated this technology.

“Previously, no fuel cell had been used on this style of hybrid fixed wing/vertical take-off and landing (VTOL) aircraft. The challenge with this style of aircraft is that takeoff and landing require a very high-power output that fuel cells cannot supply,” said Event 38 President, Jeff Taylor. “The power management electronics developed with OFRN’s support makes it possible for the fuel cell to share the power load with a battery, which can be recharged during flight by the fuel cell.”

The E450 is a fixed wing/VTOL configuration and has a redundant landing option in case of a propulsion/control surface failure in flight. If something fails and the aircraft must make an emergency landing, then it can do so under VTOL power to guide it to a safe landing site undamaged.

Building and testing an aircraft of this size had significant challenges.

“The wingspan is about 14 feet long and total weight is about 41 lbs. Event 38 designed and built the tooling in house and used a coordinate measuring machine (CMM) to evaluate and verify the tooling and final assemblies. A test flight campaign over the course of several months and ongoing is taking the aircraft through, progressively, more of its capabilities,” said Taylor.

The flight demonstration of UAS E450 aligns with OFRN’s “hybrid fuel cell – battery/capacitor power source for UASs” project objective, which was to hybridize advanced fuel cells, modern batteries, and high-power density capacitors to maximize the on-board power density and to extend the flight time of UASs.

“The next step in this endeavor is to integrate the fuel cell and power electronics developed by the university partners and demonstrate the aircraft’s performance with these systems installed,” said Taylor.

The OFRN has the mission to stimulate Ohio’s innovation economy by building statewide university/industry research collaborations that meet the requirements of Ohio’s federal laboratories, resulting in the creation of technologies that drive job growth for the State of Ohio. The OFRN is a program managed by Parallax Advanced Research and The Ohio State University.

Established in 2011 and with customers all over the world, Event 38 Unmanned Systems is a leading provider of Unmanned Aircraft Systems (UAS). Event 38 customers use their drones in diverse fields including Security, Surveying, and Environmental Conservation. 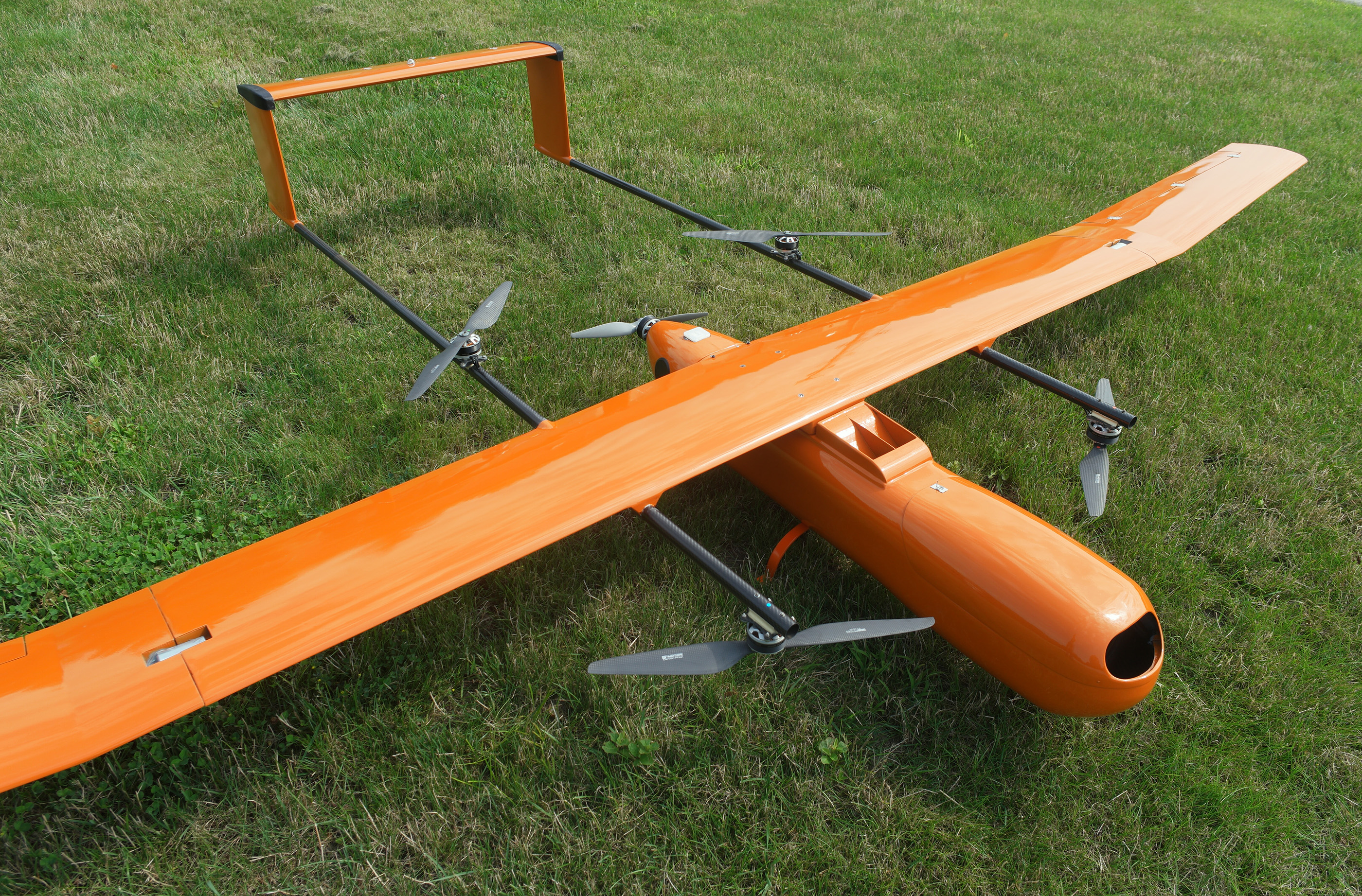