Dr.Viktoria Greanya is the chief scientist at Parallax Advanced Research where she leads the company’s R&D portfolio across artificial intelligence, autonomy, analytics, human performance and unmanned aerial systems. To recognize International Women and Girls in Science Day, observed on February 11, Greanya sat down with the editorial team at Parallax to reflect on her career as a woman in science and the mindset she cultivated to achieve her science-related career and personal goals.

Prior to joining Parallax Advanced Research, Greanya was owner and CEO at Morpho Sciences LLC where she provided science and technology strategy consulting services to government, academic and industry clients. She was also chief technology officer at Helm Solutions and chief of basic research and senior advisor of physical sciences at the Defense Threat Reduction Agency (DTRA). At DTRA, she directed a $48 million per year multi-disciplinary basic research portfolio for the US Chemical and Biological Defense Program. Greanya was also a program manager in the Defense Sciences Office at the Defense Advanced Research Projects Agency (DARPA). She was responsible for a more than $75 million multi-year, multidisciplinary portfolio of high-risk science and technology programs at DARPA. In addition, Greanya has participated in multi-disciplinary research programs and mentorship as a research associate professor at George Mason University. She is the author of “Bioinspired Photonics: Optical Structures and Systems Inspired by Nature”, published by CRC Press, New York in 2015. Dr. Greanya has a Bachelor of Science degree in Physics from Guilford College and a Ph.D. in Physics from Michigan State University.

From the onset, Greanya loved science. As a young girl, she’d experiment with store-bought science kits, mixing vinegar and baking soda in test tubes that would dye her kitchen ceiling a swath of rainbow hues from the chemical reactions. Her pursuit of science as a career became a goal after she watched SpaceCamp, the 1986 sci-fi movie about five boys and girls who go to Space Camp at Kennedy Space Center to learn about NASA and astronaut training. To Greanya, SpaceCamp provided evidence that women succeeding in science is possible.

In her undergraduate studies at Guilford College in North Carolina, the school provided the benefit of a small physics department and supportive faculty who helped her imbue self-confidence. “My professors got to know me personally, which I needed at the time,” Greanya said. “They encouraged me in both overt and subtle ways, taught me that my own interests were valuable and that I should follow them, that I could lead and that I had a talent for public speaking, among many other positive reinforcements.”

She went on to Michigan State University for graduate studies where she quickly realized that she was one of only a handful of women in her class. “On the first day, we had a meet-and-greet and one of the other graduate students voiced shock that he was meeting a woman physics major; not that he thought that we couldn't, but he’d never known women who studied physics at that level.” They went on to become friends, but there was that first moment when it hit home that there are plenty of people who have never seen a woman in graduate studies of hard science.

According to a gender gap study by the American Association of University Women, “women make up only 28 percent of the workforce in science, technology, engineering and math (STEM), and men vastly outnumber women majoring in most STEM fields in college. The gender gaps are particularly high in some of the fastest-growing and highest-paid jobs of the future, like computer science and engineering.”

Greanya’s experience of having just two female professors in her entire graduate physics department affirms these statistics. She said that there is a combination of gender/minority-based, generational and societal factors that contribute to the lack of diversity represented in the hard sciences. “I was lucky enough to have professors who encouraged me to go to graduate school and who assisted me in the process. If a professor doesn’t do that for an undergrad, it’s less likely that they’ll pursue graduate studies,” said Greanya.

Despite these challenges, Greanya focused on her work, determined to excel and never approached her work and problems therein with a chip on her shoulder. “I noticed those things. But I didn't really internalize that as something I had to actively fight against. It just was there, and I did what I wanted anyway, not out of some sort of heroism but just because, well, nobody's stopping me so I'm just going to keep going,” said Greanya.

Towards the end of her Ph.D. studies in Physics from Michigan State University, Greanya started looking for postdoctoral work. And, as if by a stroke of destiny, someone she had contacted at the Naval Research Laboratory happened to attend Greanya’s most recent conference presentation, which led to he winning a competitive postdoctoral associate award at the prestigious organization. At this level, Greanya noticed a shift in representation - more women worked in the bio/life sciences department compared to the physical sciences. There were also more women in leadership roles in her department at the Naval Research Laboratory than she had found in her department at graduate school. “It can be hard work. We make positive changes where we can,” she said.

When discussing the most character building experiences throughout her professional journey, Greanya credits her openness to failure as the greatest learning experience. “I firmly believe that success is measured by your ability to handle and rebound from failure. Any successful person who has reached some point of success did so on the back of many failures,” she said. “Both success and failure, whatever the reason may be behind them, are important in building skills and shaping our character. People should build perseverance and resilience and see value in their experiences but keep their eye towards the future,” said Greanya. 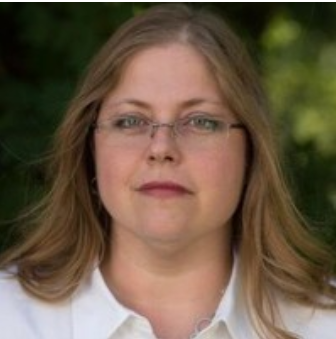